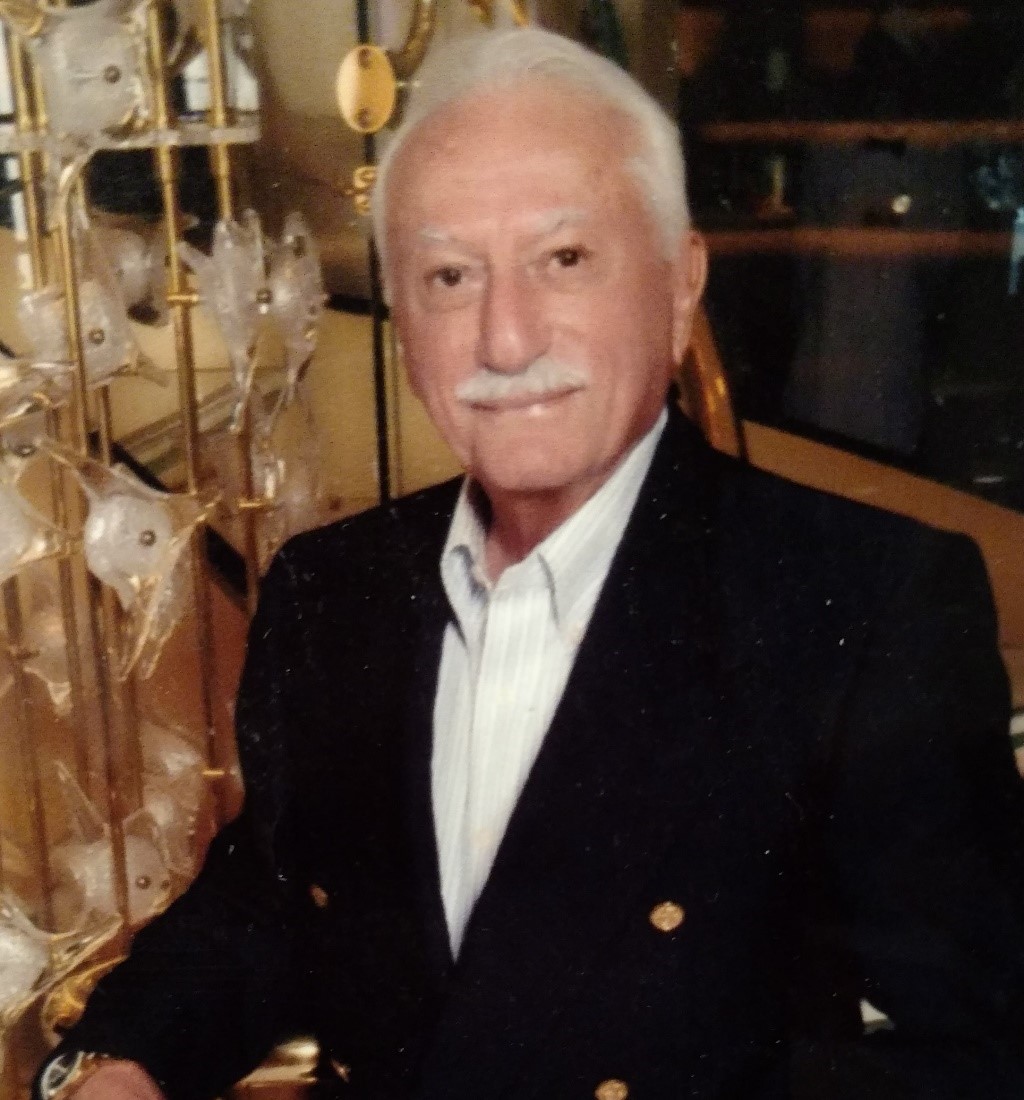 Sol Hasson was born in Naples, Italy on September 23, 1927. His parents moved there from Salonika (Thessaloniki), Greece. He escaped the Nazis with his older sister Dorine, arriving in New York at the age of 13 on Columbus Day, October 1940. He was sponsored by his paternal Uncle Ralph of New York and was then raised by his paternal Aunt Miriam in Chicago. After graduating Hyde Park High School, he served in the U.S. army (including time in Japan). He received his undergraduate degree in mechanical engineering from the Illinois Institute of Technology (thanks to the G.I. bill) and later his PhD from Northwestern University. He worked for many years at Advance Transformer Company before retiring.

Sol met his wife Tillie at the Junior Sephardic League in Chicago. He was a founding member of the Sephardic Congregation and remained very active for some 70 years. During his service as President of the congregation, the first (and current) synagogue was built. He served as Gabbai for over fifty years. He was extremely proud of his Sephardic and Ladino heritage. He served as the Midwest Chapter President of the American Sephardi Federation. He also enjoyed golf in his younger days and sailing most of his life.

Sol was an ardent Zionist and supporter of Israel as well as a firm believer in Jewish Day School education. He sent his children to Hillel Torah North Suburban Day School and the Ida Crown Jewish Academy (where some of his grandchildren also attended). He sponsored a Sephardic Chair at Ida Crown in memory of his beloved wife Tillie. Prior to her untimely death, Sol and his wife Tillie founded the Sol and Tillie Hasson Sephardic Day School in Skokie. Sol’s response to the Holocaust was promoting Jewish education and living a life of generosity and kindness toward others.

We encourage you to share your personal condolences and stories of Sol Hasson, PhD below and we will share them with the family.
My condolences to all the children, grandchildren and great grandchildren here and in Eretz Yisroel. He was a prince of a man, he and Tillie were pillars of the Jewish
community, I will remember him for his 'Simchat HaChaim' and I remember Tillie every time I ask my wife to make me something from the Sefardic Cookbook she solicited me for the Shul. benefit many years ago.
HaMakom Yinachem Etchem Bitoch Shar Aveilay Tzion V'Yerushalaim