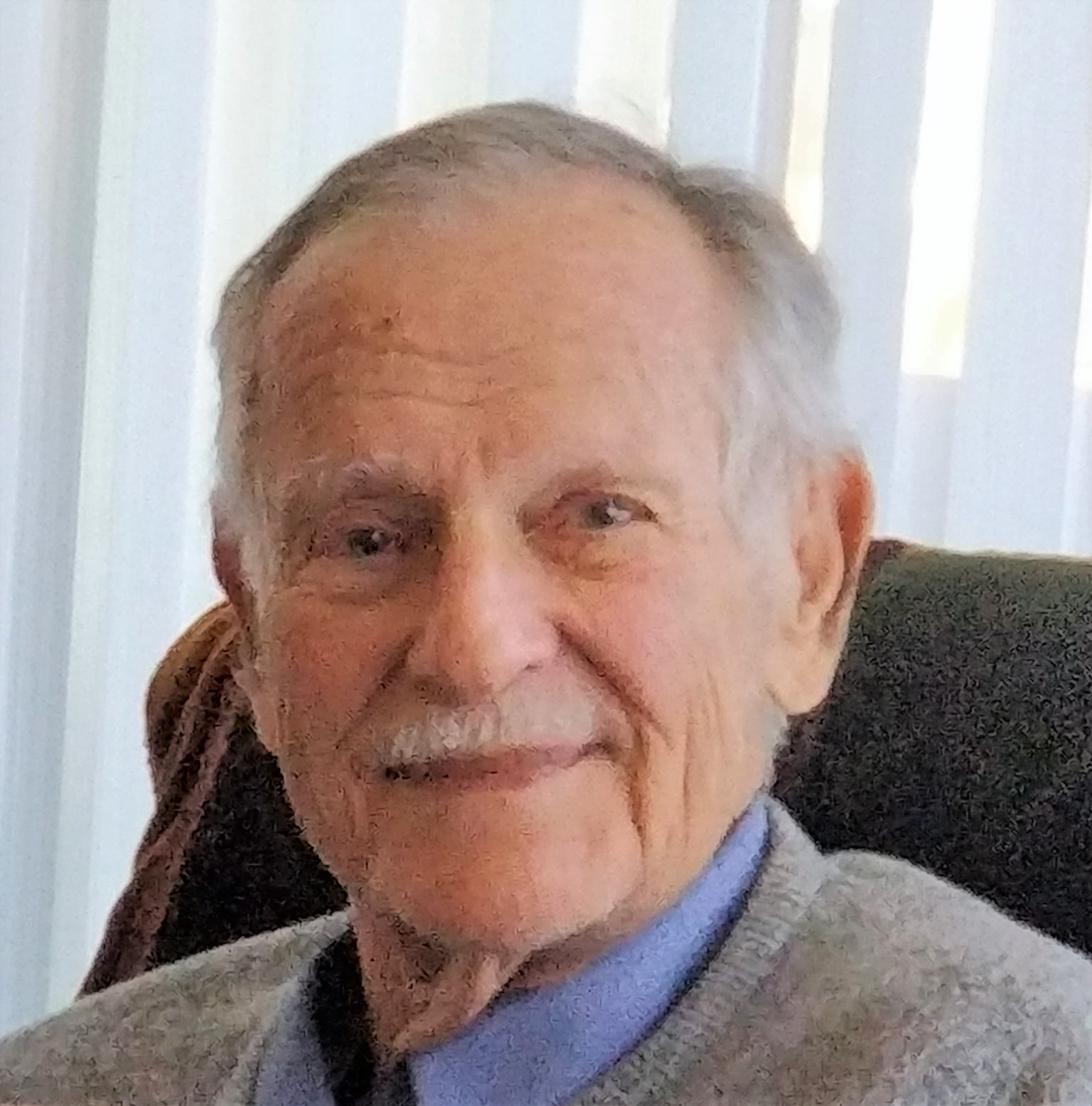 Professor Leon M. Keer, 86, loving and beloved brother, husband, father, grandfather, and great-grandfather. He and Barbara, nee Davis, were married for 64 years. His four children—Patricia (David) Munro, Jacqueline Keer (Stephan Pasek), Dr. Harold (Amy) Keer and Michael (Cindy) Keer—seven grandchildren—Miranda, Deborah, Adam, Sam, Jacob, Corinne, and Erika—and six great-grandchildren—Lily, Rory, Norah, Colin, Riva, and EIijah—mourn his loss. His memory is a blessing and an inspiration to all. Leon adored and respected his late brother Harry (the late Gussie) Keer; his nieces Shelley (Sanford) Friedman and Linda (Arnold) Levine will miss him. Family, friends, and colleagues all remember his keen intelligence, his love of knowledge, his dry sense of humor, his appreciation of the absurd, his strength as a moral barometer, and his kindness and compassion. Professor Leon M. Keer was the Walter P. Murphy Professor Emeritus of Civil and Environmental Engineering and Mechanical Engineering at Northwestern University, where he taught Civil and Mechanical Engineering for over 50 years. He was a brilliant researcher, a collaborative colleague, and a considerate teacher whose legacy is the generations of students carrying his work into the future. In these pandemic times, the interment service will be private. In lieu of flowers, memorial contributions may be made to: Michael J. Fox Foundation, www.michaeljfox.org, American Heart Association, www.heart.org or Leukemia & Lymphoma Society, www.lls.org. To attend the funeral live stream, Friday, 12:30 PM (CST) please visit our website. Arrangements by Chicago Jewish Funerals - Skokie Chapel, 847.229.8822, www.cjfinfo.com

We encourage you to share your personal condolences and stories of Professor Leon M. Keer below and we will share them with the family.
Barbara and Family - We mourn the loss of a wonderful friend and colleague, one with whom we remember many wonderful times over the years. His gentle manner, positive attitude and sense of humor were gifts to us all.

January 14, 2021
Leon was a great colleague, friend, and human being. He was always very supportive of people and activities at Northwestern and the mechanics community at large. His seminal contributions in elasticity and contact mechanics will be part of his legacy. We will miss him very much.

Prof. Keer's academic achievements and honors are widely known. But what I remember the most about him is that he was able to achieve so much while remaining a decent, good-natured, warm person. The academic world is highly competitive and filled with abrasive characters. But whenever somebody was unkind to him, Prof. Keer would just smile and say "funny guy" or something like that. He was the opposite of vindictive and never took himself too seriously. His memory is a proof that nice guys don't always finish last. If there were more people like him, this country and the world would be so much better places to live in.


May your memories of the wonderful times you shared with your loved one comfort you and your family, today and always.

January 15, 2021
Leon was an inspiration and mentor to me and so many at Northwestern and beyond. He was a generous and kind soul, with an insatiable curiosity and openness continually to new ideas and concepts. His calm yet enthusiastic manner, his technical excellence, his insight and creativity were an inspiration and role model for all. We will miss you Leon, but you will always be in our memories to continue to inspire us. Condolences to Barbara and the entire family. - Cate Brinson & Warren Kibbe

January 15, 2021
I had been thinking a lot about Dr Keer (Leon) lately as I have been planning my retirement. I realize he was a terrific role model for those of us fortunate enough to have studied with him. I hope that in a small way, I have been able to pass some of his wisdom and kindness along to my students and they to their students.

January 15, 2021
Leon was a brilliant and kind man and a wonderful colleague and friend for the 40 years I have been at NU. He will be missed.

January 16, 2021
When I was eight years old, my father and I watched a Monarch butterfly grow from caterpillar to butterfly. We placed the caterpillar in a large glass jar. At his direction, I collected milkweed. Every evening we looked at its growth, his eyes as alight with excitement as mine. We watched the lovely jeweled chrysalis take shape with awe and examined it daily. When it emerged some days later, we watched the tiny crumpled wings hang down as they slowly grew and then dried, until the butterfly could flutter away.
Born in 1934, my father was the second and youngest child of Russian Jewish parents. Although he never rejected his Judaism, he was not a religious man and resented the burdens—as he saw them—that Judaism placed on him. Yet from my irreligious father, I learned to regard every day with a profoundly religious sensibility of gratitude for my life and awe in the face of the universe. It is a blessing I received from him and one I will carry into the future.
My dad, Leon Morris Keer, died yesterday, January 12, 2021. It is hard to write those words. Over the past five years, he has suffered from the illnesses that can come with age—Parkinson’s and congestive heart failure—so we have been preparing for this moment for some time. I am grateful for to have had the time to prepare and to say goodbye. It is still very bitter.
In 2004, Deborah entered University of Chicago. At the reception for families of entering freshman, I spotted an NU sweatshirt on a young man. “You’re brave to wear that here,” I said. He explained that his family split North and South side Chicago. His sister was, like Deborah, a UofC freshman. He, on the other hand, was a Civil Engineering major at NU. “Perhaps you’ve taken a class from my father. Do you know Leon Keer?” I pointed at my dad, who was spreading cheese on a cracker. “Oh, yes! He’s really hard!” The student was equal parts amazed and horrified that his professor might have a family. Might have a granddaughter.
My dad was the Walt


Many faculty are admired and respected; few are admired and respected and loved. Leon was in this rare class, someone who seemed to be peace with himself, who did not feel he had to impress anybody, someone who radiated calm. Many people saw him as a mentor. We were elected together to the National Academy of Engineering; after that we talked about Minnesota, we both had PhDs from there. Not sure either one of these two things this put me in a different class, but Leon was one of the few faculty members who never asked me for anything. That is an amazingly rare statement coming from a dean. Want to offer my personal condolences, and those of the entire McCormick School of Engineering faculty, to Barbara and the entire family. Julio M. Ottino

January 18, 2021
I feel honored to have attended a Shiva for late Professor Keer. While I did not know him, I know one of his daughters. Trish embodies astute intelligence and dogged compassion; two of the many outstanding attributes that were used to describe Professor Keer at the service that I attended.
To the Keer family and friends: May your special memories of him afford you comfort, joy and peace. Amen.

It was a real sad moment to learn today that Leon has left us. He was such a kind and encouraging advisor that some of the ways he interacted with me during my Northwestern graduate years still live vividly in my mind even after 20+ years - not only in this particular occasion but constantly as I grow older and older. I can testify that Leon indeed grow wise, not theoretically but practically, and very early in his journey in this world too. He will be dearly missed.
To Barbara and family: May you find comfort and peace. We love him and we love you all.