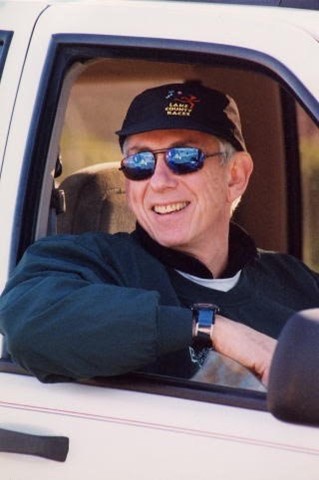 Throughout his professional career, Barry pursued achievements in vision to help others use their vision to pursue their achievements. Through the tremendous support of his wife, they founded the Eye Care Center of Lake County in 1968, an ophthalmology practice that grew to three offices and a staff of 32 that served 18,000 patients per year. In 2017, he retired from patient care and sold the practice after 44 years.

Barry was an acclaimed international expert and inventor in the field of vision training and its application to athletic performance, reading disabilities, and rehabilitation of traumatic brain injuries. He was co-Inventor in 2001 of the Vizual Edge Performance Trainer computerized program for testing and training visual motor function used worldwide by professional, Olympic, college teams, rehabilitation hospitals, optometrists. In 1993, Barry earned an Executive MBA from Harvard Business School.

Barry was an avid sports fanatic and season ticket holder of the Bears, Blackhawks, and Bulls for decades. He was a dedicated community volunteer and leader, starting multiple organizations including the Lake County Races and the Lake Forest Lake Bluff Running Club.
What he was most proud of, however, was his family and his friends. Barry is survived by his wife, Karin, his sons Steven (Cathy), Brian (Rita) and Jon (Tracey), along with nephews David (late Debbie) and Jason (Janice). He was the proud grandfather of Sophia, Ally, Skyler, Kayla and Harper. He joins his late parents Sam and Perle and brother, Stuart (Barbara).

We encourage you to share your personal condolences and stories of Dr. Barry L. Seiller below and we will share them with the family.
My deepest condolences and prayers to all the family I enjoyed our friendship over the years all my love to the family

August 3, 2022
My condolences to my former neighbors in Waukegan on the loss of Dr. Seiller. May your fond memories help you through this difficult time.

August 3, 2022
Barry and I met in 1957 at the U of Illinois. We became roommates until he went to medical school. The friendship continued through life events for the both of us. Time and geographical distance did not change the durability of our friendship. Recently we were looking forward to the upcoming Bear season. I will miss him greatly, but his spirit it still with me. I am sorry I can not be there in person. I will be attending online.

August 4, 2022
May wonderful memories of Barry lessen your loss. I'm thankful of the 50 plus years we were able to share visits between Illinois and California, complete with potato guns and peeling table finish. He'll be missed.