We invite you to record a video, sharing a story or memory of Ada Oschinsky Stock. Your private recording will only be shared with the family.
RECORD MESSAGE

Ada Oschinsky Stock was born on March 2, 1920 in Breslau, Germany. She was the daughter of Erna and Albert Oschinsky, who had a textile business in Breslau. She was the beloved younger sister of her mischievous and doting older brother, Werner, and had a very happy childhood surrounded by family and friends who were to become lifelong partners in her amazing life journey. As Adolph Hitler and the Nazi party marched forward to destroy the lives of millions, Ada's parents, after Kristallnacht, arranged for Ada to flee Breslau in February of 1939, through a work program for German Jewish youth, to Great Britain. Alone for the first time, Ada worked initially as a housekeeper and later lived in a hostel for Jewish refugees in in Golders Green, London. She worked in an armament factory making bullets for the British army and sewing uniforms for the British troops during the Blitz of London, spending countless nights in air raid shelters during the bombings along with the brave Londoners. In 1948, Ada emigrated to New York with her beloved Scottish Terrier, Lucky, to begin her American journey. She lived in Washington Heights and used the sewing skills gleaned during the Blitz to work as a draper and seamstress for the fashion house of Hattie Carnegie. During this time, she was introduced by a childhood friend to another German refugee, Werner Stock, who was visiting relatives in New York but lived in Chicago. With the encouragement of several of her closest childhood friends who had settled in Hyde Park/South Shore, Ada moved to Chicago where she worked for Esquire magazine, lived in a boarding house and began a courtship with Werner, playing tennis at Rainbow Beach, walking at Promontory Point and reconnecting with her lifelong friends who truly became her family. Ada and Werner married in 1951 and settled in South Shore where their two children, Wendy and Peter, were born. The family relocated to Park Forest in 1959 where Ada got her little "dream" house and happily and simply raised her family. She loved her home, cooking, being involved in her children's activities and her ever expanding circle of neighbors and friends - her charisma was magnetic. She involved herself in community activities - the League of Women's Voters, the Jewish Council of Women where she volunteered for many years at the Ludeman Developmental Center, and later became the beloved nursery school teacher for several generations of south suburban kids at the Anita M. Stone JCC in Flossmoor, IL. Ada reveled in the achievements of her husband and children - and when Wendy married James Baird, the greatest happiness of her later years, her grandchildren, Andrew and Julia arrived. Ada and Werner spent countless hours delighting in every activity that they could with their grandchildren. After Werner's death, Ada moved back to her initial stomping grounds in Chicago - to Montgomery Place in Hyde Park, Chicago where she remained actively involved in the community and enjoyed new friendships and wonderful care of devoted caregivers, her children, son-in-law and grandchildren during her last years. She slipped away peacefully in the arms of Peter and Wendy on October 21 2020. She is survived by Peter Stock, Wendy Stock, James, Andrew and Julia Baird and her beloved niece, Anne Schaefer Kelly and family. To attend the funeral live stream, please visit our website. Donations can be made to: Chicago Child Care Society, 5467 South University Avenue, Chicago, Illinois 60615, www.cccsociety.org/donate. And please remember to vote in Ada's (only Democratic!!!) memory. Arrangements by Chicago Jewish Funerals - Skokie Chapel, 847.229.8822, www.cjfinfo.com 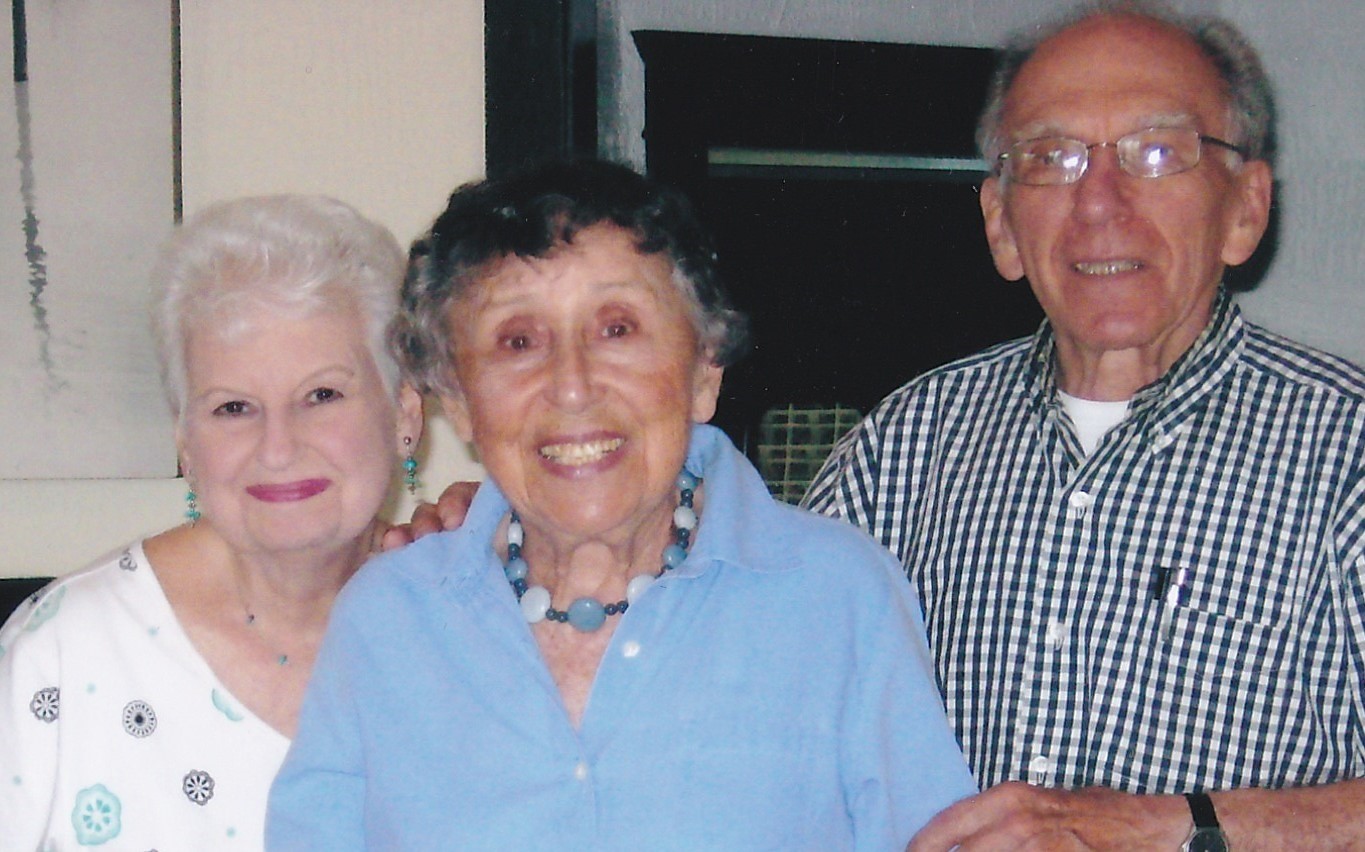 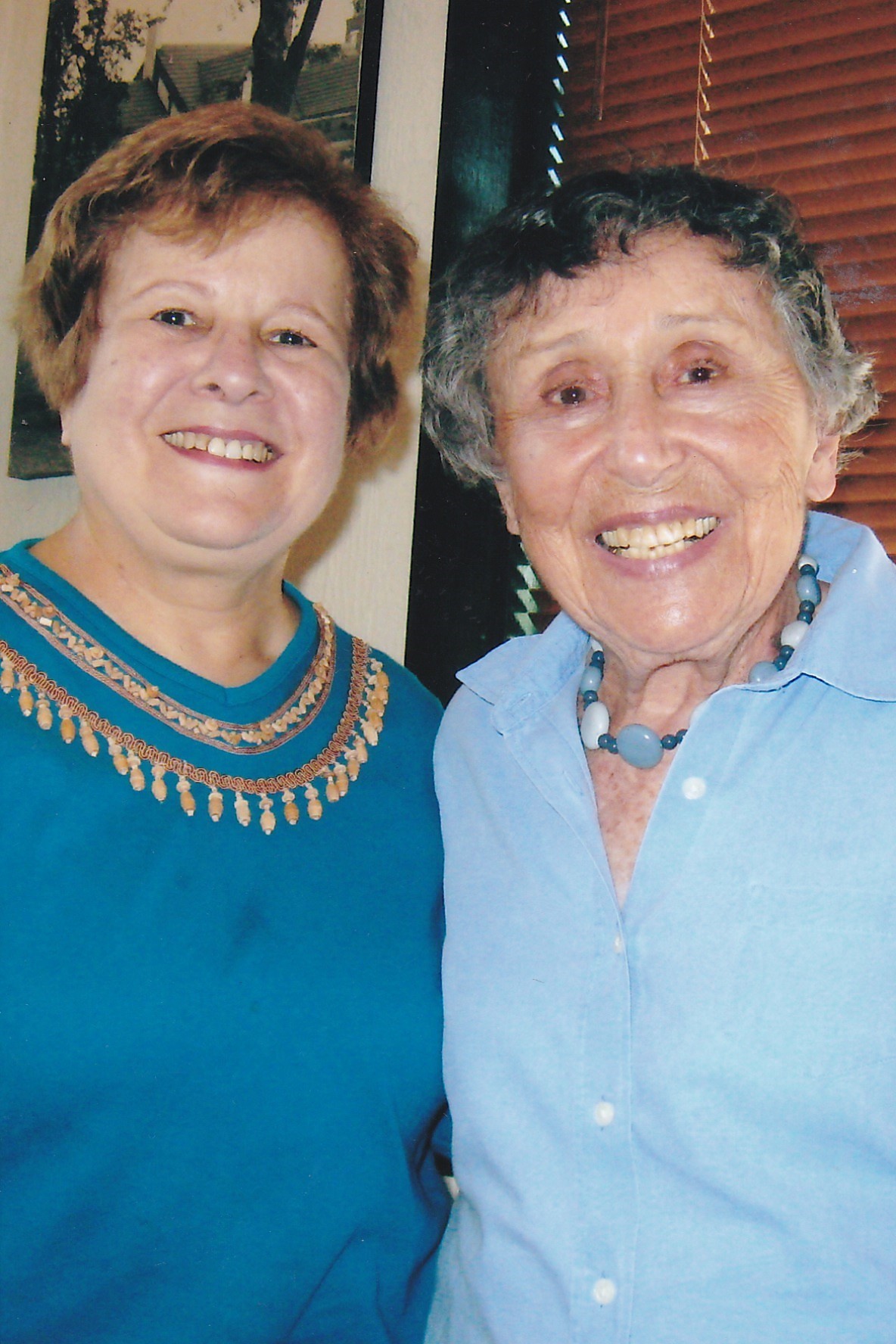 We encourage you to share your personal
condolences and stories of Ada Oschinsky Stock below and
we will share them with the family.

I did not know Ada. I was only fascinated by her story in the Trib. My great grandparents were from Germany. Our hard times now do not compare to that era. What a life, and how you are all blessed indeed.

What a lovely family. I am so sorry for your loss and so happy for the joy and love she gave you. I enjoyed a bit of that love, too. She was a wonderful friend to my mother and father and to me. Something I might add to the memories you have shared of her is the train ride Ada took to Manteno State Hospital regularly. My mother joined her once. Ada went to visit the children confined there in the loneliest and saddest of circumstances. Manteno was the dark place of mental illness, the darkest and saddest because they were children. Ada loved each one of them and was filled with pity and sorrow for them. I canât help but think that even in their suffering they felt what you have all expressed- her sweetness and compassion, the light she emanated. I want to add, also, that she was extremely funny. My mother and she laughed through a lot together. I can hear them still.
My best wishes for peace and the good life she and Werner wanted more than anything for you.
Val

Ada's service was beautiful, and highlighted what a remarkable person she was. Her life was a lesson in gratitude. Although we have all suffered loss this year, be it employment, our social network, or our family and friends, Ada's approach to life has humbled me. Despite enduring unspeakable loss, she took joy in every aspect of life, treasuring the smallest detail, and treating all with compassion. A living example of "wanting what you have", rather than "having what you want". Thank you for sharing your memories of Ada. She has left a remarkable legacy, and I pray that your memories of her, and of her joy and pride in her family will provide some measure of comfort.

I was always struck by Ada's kindness particularly understanding what she experienced in Europe. The love and respect between all her family members reflects Ada's grace. This is something that can be cherished forever.