October 6, 2020 By Mio Gabrilo Comments are Off 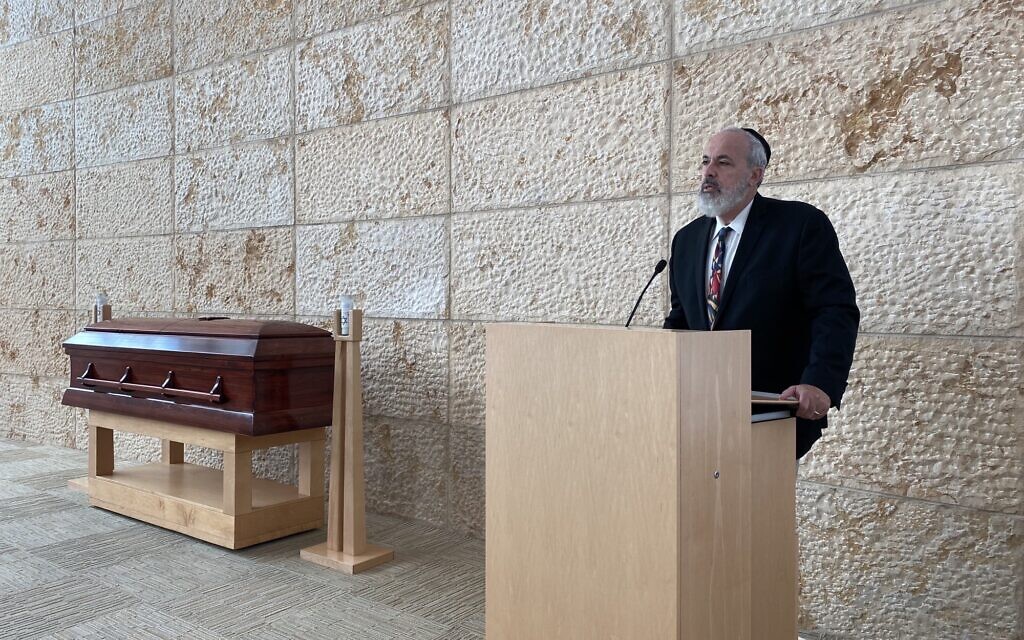 David Jacobson, founder of Chicago Jewish Funerals, stood behind the podium at Chicago’s Waldheim Jewish Cemetery on July 2. “I’m not a rabbi or a cantor,” he said. “I’m sort of an extended friend of the community.”

Jacobson, 56, went on to connect that week’s Torah portion to the life of Beth Salamensky, a Chicago native who died of COVID-19 at the age of 43.

Estranged from her biological family and physically distanced from her Jewish community in another city, Salamensky died alone and penniless. For Jews like her, Jacobson established the Gomle Fund, the charitable arm of Chicago Jewish Funerals, in 2011.

A traditional Jewish burial can be expensive. A plot at Waldheim Jewish Cemetery, like the one chosen for Salamensky, costs around $6,000. “I tell people if they need help, we are here to help them,” said Jacobson.

On average, Jacobson and his 10 funeral directors bury 35 indigent Jews a year. Other American cities with substantial Jewish populations such as Miami have similar initiatives. One of the oldest is the Hebrew Free Burial Association, founded in 1888 in New York. Since its inception it helped over 60,000 Jews receive a dignified traditional funeral.

Jacobson dedicated the fund to his late brother, Michael, who was a funeral director in Florida. Speaking with The Times of Israel, he praised his brother and said that creating the Gomle Fund was something he’d long wanted to do. Their father had also been a funeral director, and owned a funeral home in New York. 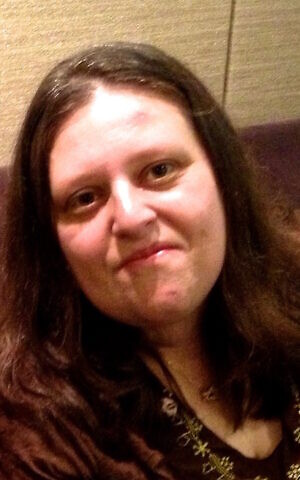 Beth Salamensky died alone and penniless of COVID-19 in April 2020, and was given a proper burial on July 2 thanks to the Gomle Fund. (Photo courtesy of Tracy Moore)

In Chicago, David Jacobson worked his way up from lunch and errand boy at a large funeral home to its only non-family partner. When he realized that he didn’t enjoy working for a big corporation, he opened Chicago Jewish Funerals.

Since Salamensky did not have any relatives attending the ceremony, Jacobson had been prepared to be there by himself.

“But then all these people came out of the woodwork,” he said, referring to the handful of strangers who showed up in person on a hot summer day, as well as those who watched via zoom.

At the end of June, an online search alert had notified Shelley Salamensky, Beth’s cousin, that someone had mentioned their shared last name. It was Chicago Jewish Funerals announcing arrangements for Beth’s funeral.

“I can’t tell you how terrible that felt,” said Shelley Salamensky, still shaken by that moment several weeks later. Dismayed by the thought of her cousin, whom she loved but lost touch with years ago, dying alone, she couldn’t fathom the idea of her being laid to rest without graveside mourners.

Shelley Salamensky lives in New York and couldn’t make the trip to Chicago in the middle of the pandemic, so she sent an email to roughly 600 “Rebooters” — members of Reboot, a Jewish think tank and creative network. She was looking for people who could attend Beth’s funeral and escort the body to the grave, a commandment so important that it is part of the blessings and prayers observant Jews recite every morning.

The email resonated with many recipients who had for weeks been sheltering in place, isolated from loved ones during the coronavirus pandemic. 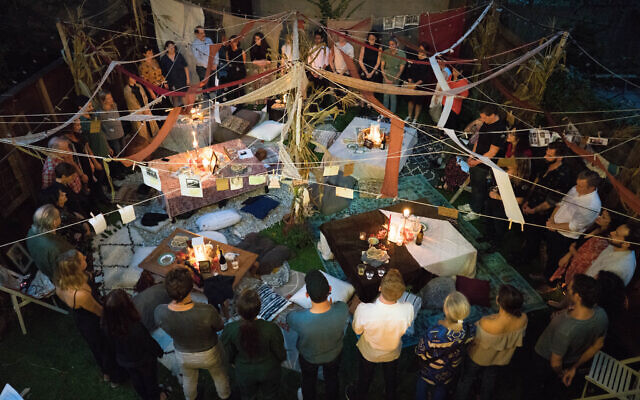 “The response was incredible. People were moved by her request and the story,” said Tanya Schevitz, Reboot’s chief innovation and communications officer.

Members with connections in Chicago forwarded the email to friends and family. It snowballed from there.

“It’s really moving to know that they [the mourners] were there,” said Rabbi Lisa Edwards, Beth’s rabbi in Los Angeles. For Edwards, knowing that clergy can’t be physically close to those in need has been one of the most significant challenges of the COVID-19 era.

“It’s painful all around. We are driven by our emotions — we want to be close, and Jewish tradition is telling us what we should be doing,” Edwards said.

Beth’s father died shortly after she started law school in New York at the age of 22. The tragedy had a profound impact on the young woman, recalled her cousin Shelley. “She said she wanted to be free from her Chicago family,” Shelley said. “Her style changed from wholesome Midwestern to punk.”

Beth moved to Los Angeles as soon as she completed her law degree. She had grown up observant, but after her father’s passing it was seven years before she set foot in a synagogue again. When she was ready, she found the community and sense of belonging she yearned for at Edwards’s congregation, Beth Chayim Chadashim (BCC). Established in Los Angeles in 1972, BCC is the first synagogue founded by gay and lesbian Jews.

“To many people at BCC, Beth was a bit of a mystery, shy until she wasn’t,” said Edwards, who retired in 2019 and became rabbi emerita, at a virtual memorial service in July. The rabbi and her wife, Tracy Moore, kept in touch with the often reclusive and guarded congregant after she left Los Angeles for Chicago in 2015.

“Her financial records show that she ran out of money, perhaps due to illness,” said her cousin Shelley about possible reasons for the move back. In Chicago, Beth Salamensky lived alone in her childhood home until early 2019. Her mentally ill mother lives in a nursing home and has a court-appointed guardian. When the guardian sold the house to pay for her mother’s care, Beth Salamensky loaded her belongings into her car.

“I think she was pretty much homeless at that point,” said Shelley. 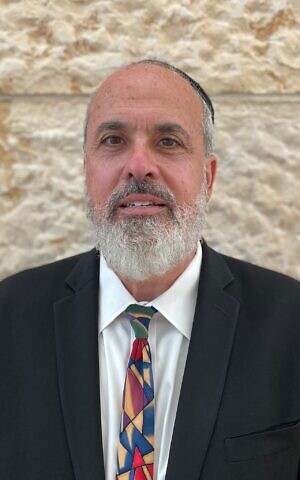 Chicago Jewish Funerals founder David Jacobson paid for the funeral for Beth Salamensky through the Gomle Fund, including the burial plot, and conducted the service. (Courtesy)

Bank statements show that Beth drove for Uber to make ends meet. In June 2019, she checked into the Little Village nursing home to deal with diabetic kidney failure. During a coronavirus outbreak at the long-term care facility in April, 41 patients contracted COVID-19; eight died.

Beth Salamensky died on April 17 at St. Anthony’s Hospital. She left no contact details. The only personal information was her religious affiliation: Jewish. Her body was held in storage until Chicago Jewish Funerals received a call from the state more than two months later.

“It was a sad situation, and I’m glad she’s at peace,” said Jacobson. The reticent funeral director likes to downplay his efforts to bring dignity to indigent Jews and doesn’t advertise his charity.

“We, my staff and I, probably spend more time doing the Gomle work than doing the regular work,” he said. “This is our mission, to take care of the dead and comfort the mourner, and that’s it.”